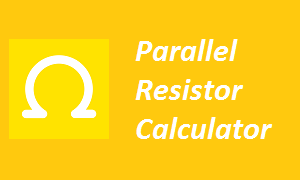 
An excel sheet also you can download by clicking below symbol, which you can use any time by saving it in your laptop or mobile. 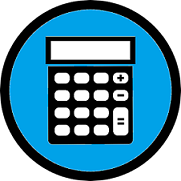 A resistor is a passive component. Work of Resistor is to oppose the movement of current across it.

Below image shows symbol of both fixed type resistors.

A resistor opposes current because flowing electrons strike with the atoms in the resistor and make them to vibrate.

This results in electrical energy to change in heat energy. Resistance “R” is the measure of the quantity by which a resistor opposes the flow of charge.

Resistor works as per Ohm's law

As we know Ohm’s law is; V = I / R. This means basic principle of working of resistor or in the other words behaviour of the resistor working is based on the Ohm’s law.

Let’s clarify this; as per Ohm's law the voltage (V) passing through a resistor is proportional to the current (I), where the constant of proportionality is the resistance (R) i.e. the electrical resistance of the conductor is constant.

We can say that, with the extra added voltage applied to a resistor the extra current flows through it.

Let’s clear it with an example; If a 200ohm resistor is connected across the positive and negative terminals of a 12V dc power supply, then a current of 12 / 200 = 0.06A will flow through that resistor.

By joining resistors in series or in parallel we can very well control the current. Let see it in detail;

Resistors in “Series” stats that, the resistors are connected together or organised in daisy form i.e. in a single line. Whole current passing through the first resistor must also passes through the second resistor and then it passes through third and so on, because there’s no other path for the flow of current.

Schematic shown below, shows that the resistors R1, R2, R3 and R4 all are connected in series, in between A point and B point and a common current (I) passing through all of them;

Hence, the total current that is passing through all these resistors in series will be the similar or same at any point.

Hence, the total resistance here is the addition of all the individual resistance of the resistors connected in series.

Schematic shown below shows that the resistors R1, R2, R3 and R4 are connected in the parallel, in between A point and B point and uncommon current (I) is passing through them;

Hence, here in any branch the current passing across the resistors will be not same.

The parallel resistor connection has the same voltage through it, the resistances might be dissimilar, and thus the current passing across each resistor will be different as per Ohms Law.

In electronic circuits resistors are mostly used. All types of circuits it is present. Correct resistance value selection is mandatory in circuit design otherwise excessive current will damage the circuit. The series and parallel resistance calculator will help you to select right resistance.